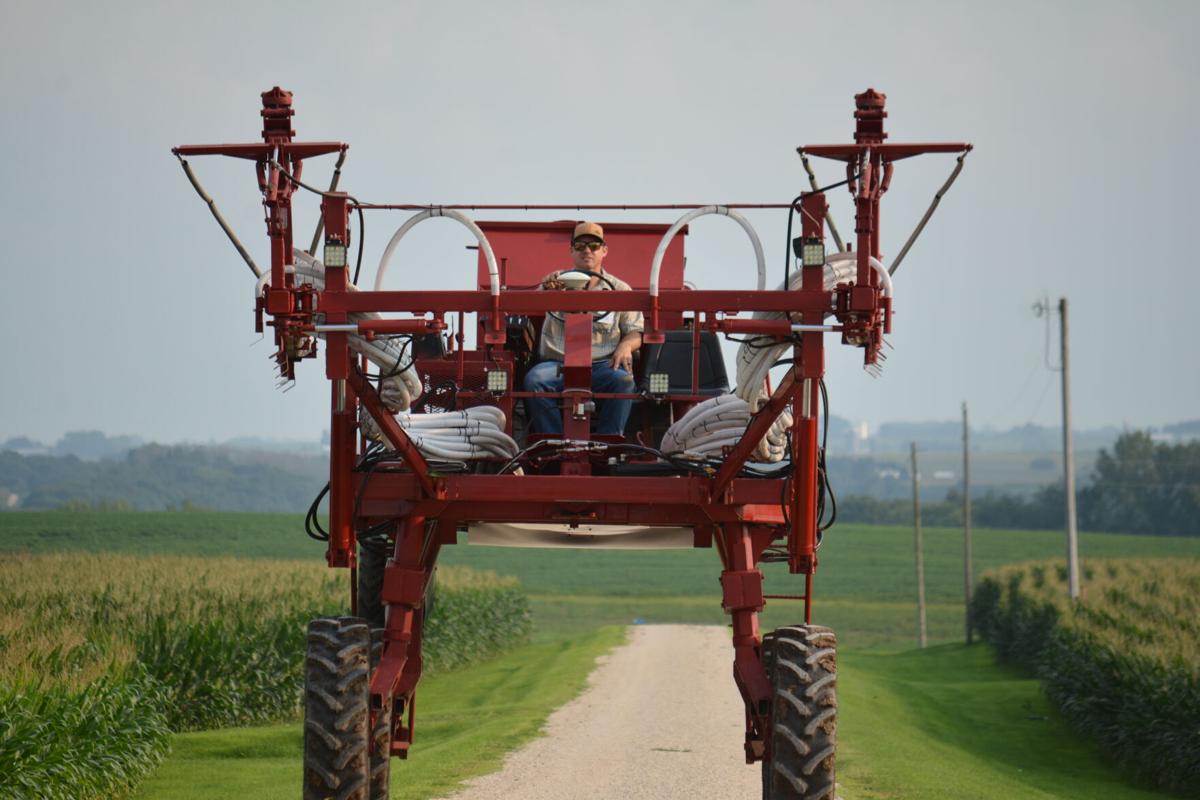 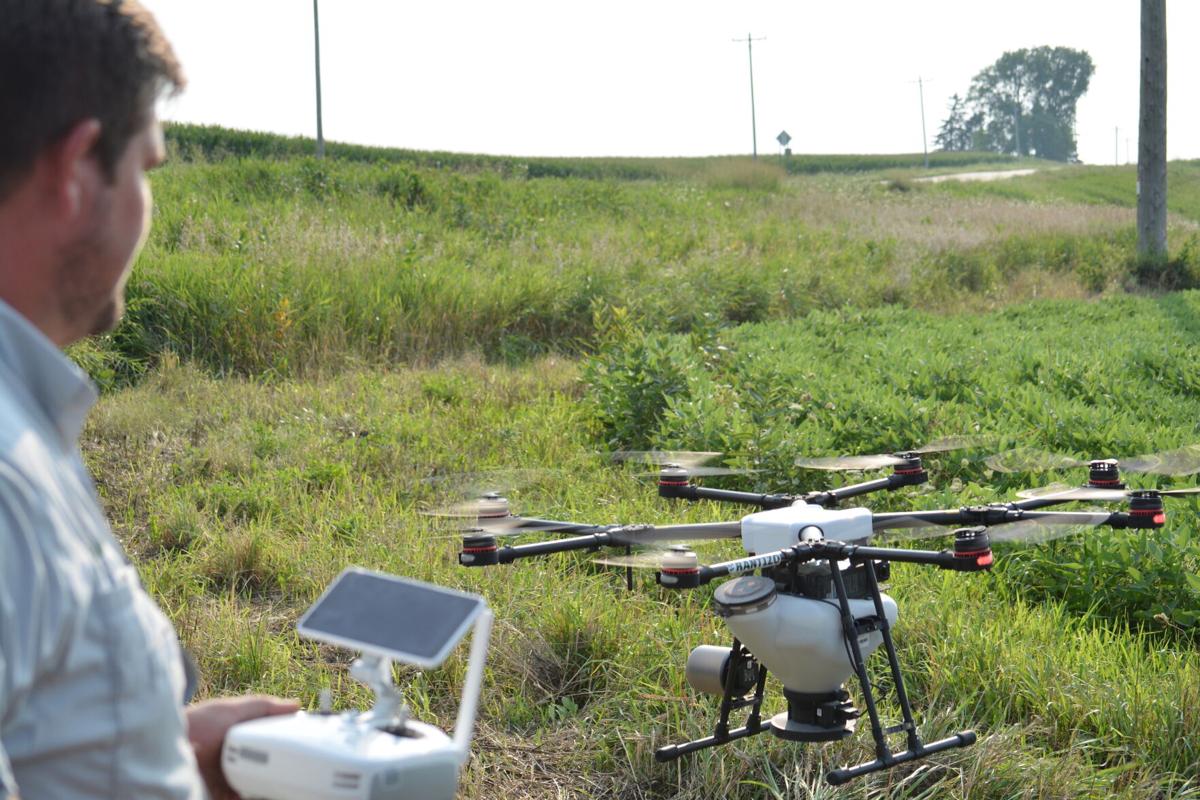 The ag company Rantizo showcased drones that can be programmed to broadcast cover crop seeds without disturbing the cash crop.

The ag company Rantizo showcased drones that can be programmed to broadcast cover crop seeds without disturbing the cash crop.

“It’s really cool to see how much interest is out there with it all,” said local farmer Sheldon Luehmann, who showcased some of his handiwork at the event.

The event highlighted several different approaches to interseeding — planting one crop while another is growing. Southeast Minnesota farmer Joe Lawler demonstrated how he broadcasts cover crop seeds into tall, standing corn using an old corn detasseler he converted into a high-boy seeder. Luehmann and Mike and Dave Unruh gave tours of fields they had interseeded, and the ag company Rantizo showcased drones that can scatter cover crop seeds without disturbing the cash crop.

Interseeding is particularly handy in the Upper Midwest, because while cover crops can help hold soil in place and boost fertility, by the time harvest season is over, there is not much time left before winter to get a cover crop started.

“Especially after the corn comes off, we’re talking late October or early November,” Mike Unruh said. “We can maybe get rye established and there’s maybe one or two other seeds we can get established, but other than that it’s very limited.” Interseeding in the late summer or early fall, while a cash crop is still growing, allows cover crops to get a head start and enables farmers to use a wider diversity of cover crops with greater soil fertility benefits, Unruh explained. “If we can get seeds in earlier, there’s some awesome mixes and different varieties we can get into the soil, and it just does wonders when you get more than just corn and soy and alfalfa into the soil,” he said.

For Unruh, cover crops are part of his business plan. With fertilizer prices up sharply this year, he said, “We’re already looking at next year. How much can we actually afford to put down? So it’s good if you can have some cover crops replacing some of that.”

Luehmann and the Unruhs also showed off a more unusual interseeding technique they used this spring: roller crimping. The farmers planted rye last fall, and, as it began to send up seed heads early this spring, they planted soybeans into the rye. When the rye hit a certain stage of maturity in early June, they used a machine called a roller crimper to flatten the rye. The implement looks a little bit like the drum rollers that construction crews use to tamp down fresh asphalt.

At that stage, Luehmann explained, “The [rye] stem is more hollow, so that when you crimp it, it will actually kink, and that will kill it. And the beans are young enough and flexible enough that they will survive that bend over.” Done correctly, roller crimping creates a mat of dead rye grass that acts like mulch for the soybeans growing up through the mat, suppressing weeds, retaining moisture, and eventually adding organic matter to the soil.

Learning new ways of farming involves some trial and error, though, and Luehmann and the Unruhs learned that timing is key for roller crimping. “I should have waited a little longer to plant beans because they got too tall when I crimped, and then I snapped some off when I crimped,” Luehmann explained. Unruh had the opposite problem. “The crimper did not kill the rye for us. It killed a lot but not all,” he explained. Unruh had to do one pass of herbicide to terminate the rye. He still saw some benefit; normally, he would have to take two passes with herbicide. Once the rye was terminated, Unruh added, “Then that thick mat of rye held the weeds down and kept the soil cooler, and kind of protected it from the elements and from washing.” The mulch was handy during this summer’s periods of mild drought. “That I think held more moisture because the sun wasn’t able to beat directly on the ground,” Unruh said.

‘There’s a fine line there,” Luehmann said when asked how cover crops affected his fields during the dry weather. “If you let your cover crops go too long, they can rob moisture from your cash crops,” he explained. On the other hand, if managed properly and terminated at the right time, they can help hold onto moisture and improve water infiltration when it does rain, he said.

“It was really encouraging,” SWCD Resource Specialist Lance Klessig said of the event’s turnout and amount of interest in cover crops. “We just wanted to bring awareness to some of the local things, particularly what Mike and Sheldon are doing, because they’re both 3-5 years into their soil health journey, and we wanted to showcase them because many of these things people say can’t be done or can’t be profitable.”

Santa is coming to the Holiday Market in Winona