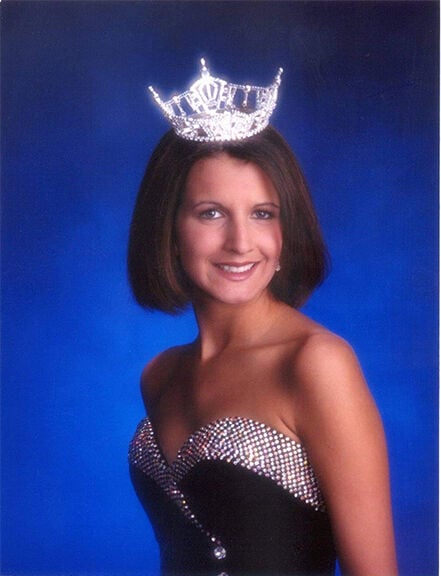 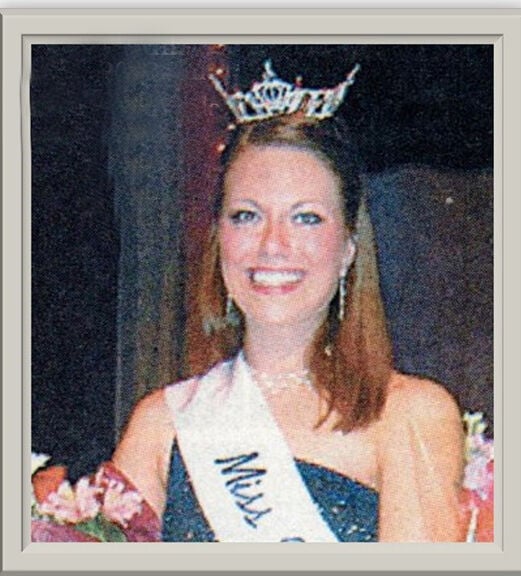 In 1986 when Michele was just 4 years old, she and her brother were chosen as Steamboat Days Captain and Mate. Throughout the year, as she and her brother rode on the float in parades, she remembers looking up to Miss Winona — Beth McManimon — saying, “I want to be her someday.”

Michele competed for Miss Winona in 2001 and 2002, and in 2003 her hard work and experience paid off. The feeling when her name was called as Miss Winona 2003 was indescribable. Seeing the proud reaction of her family in the audience was a moment she says she will never forget. For her talent Michele sang “I Surrender” by Celine Dion, and one of her most memorable moments was walking out on stage in her evening gown on her grandpa’s arm. He was honored when she asked him, and because he just passed away this summer, it is a memory she will always cherish.

Michele’s year as Miss Winona was spent working with Officer Kevin Kearney and the DARE program promoting her platform “Preventing Youth Tobacco Use” and speaking to fifth grade students about the negative consequences of smoking. This is a topic that she was passionate about because she had family members close to her that smoked. “Although I can’t say I am the sole reason they quit, I am happy to say my parents will both be smoke-free for 10 years this January. My experience as Miss Winona motivated me to want to continue to share my platform,” she said.

Michele’s Miss Minnesota week “was one of the best experiences I had in my early 20s,” she said. “I made friendships that I still enjoy today.” After giving up her Miss Winona crown, Michele went on to compete in pageants around the state. She took vocal lessons in Missouri and interview coaching out of Georgia. “Without these experiences, I am certain I would not have had the same opportunities in life or the same successful career path. The interview skills that I have gained have been invaluable,” she added.

Michele received a bachelor’s degree in accounting from Viterbo University in La Crosse, Wis., in 2014 and is currently beginning the enrollment process to start her master’s degree next year. Michele is currently the plant controller at Watlow Electric Manufacturing, where she has been employed for 11 years. Michele has been married to her amazing husband Jason for eight years; they have two beautiful little girls: Maisi, who is 7, and Marin, who was born in June of this year.

For any young women who are considering competing for the title of Miss Winona, know that it is not just a beauty pageant. The Miss America program focuses on your talents and personality. There are incredible scholarship opportunities and you will certainly gain memories to last a lifetime.

Lauren was crowned Miss Winona 2009 after competing with four other women for the title. Her talent choice was to sing and dance. Lauren had never competed in a pageant before and when they called her name she was shocked.

During her year as Miss Winona she most enjoyed interacting with people and talking with and listening to kids. Along the way she learned to overcome her fear of public speaking and now speaks in front of large groups with “no fear.”

Lauren’s Miss Minnesota experience was a whirlwind. She described it like a local pageant on steroids. Lots of friendships were made and some still remain today.

The best part of serving as Miss Winona was being given the gift of having no fear where interviews are concerned and no longer fearing public speaking. The parades and appearances were also a fun part of the experience. Bonding with committee members, building friendships and enjoying the title best describe Lauren’s year as Miss Winona 2009. “Stay true to your self and you will truly shine,” she said.

Old Main to host ‘The Chemical History of a Candle’