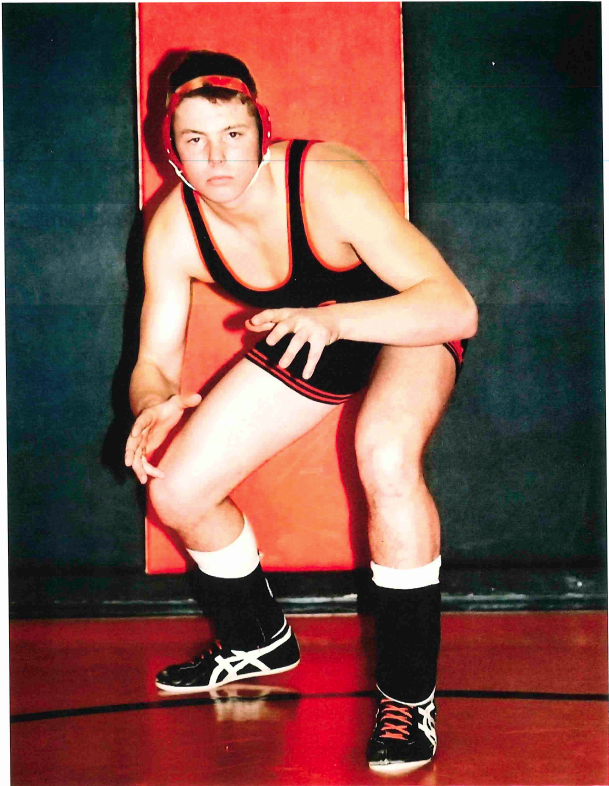 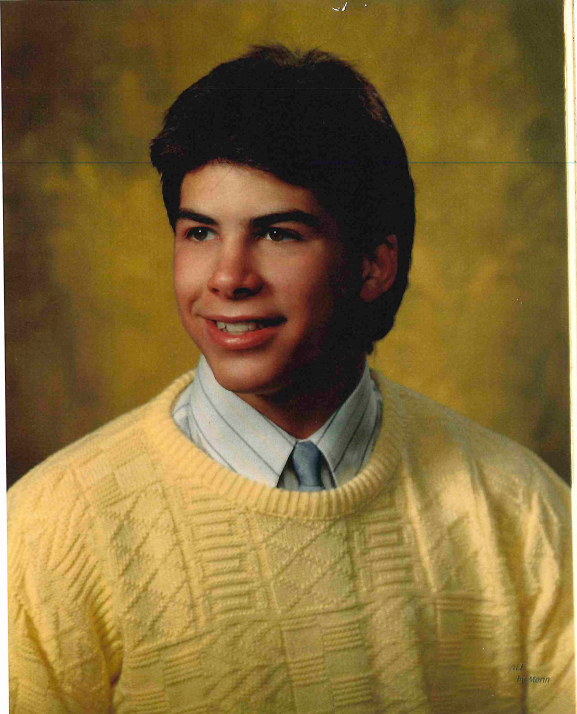 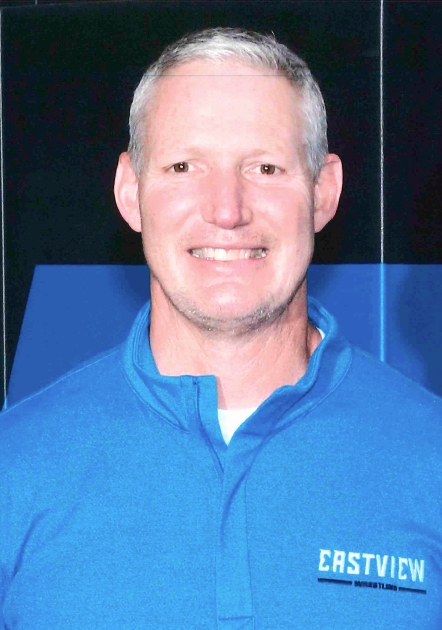 Todd Kronebusch, son of Kevin and Jean, grew up in Minnesota City. A newcomer to the sport as a freshman, he wrestled on the B squad at 145 pounds and confessed that he spent many matches "counting lights,” but he seldom if ever got pinned and started showing marked improvement by the end of the season.

As a senior, Todd started coming into his own. Toward the end of the season, Winona wrestled a dual with Lewiston. Lewiston had an outstanding heavyweight by the name of Pete Sveen, and the Winona coach informed Todd that if the team needed to win both at 185 pounds and heavyweight, he may need to put Todd in against Sveen. After a win in a lower weight class, the coach told Todd he could stay at 185 pounds, forfeit at heavyweight and still win the meet. Todd said, "Coach, I want Sveen. I think I can beat him." Sveen dominated the first period, but Todd started coming back in the second and took the lead in the third period before ending the match with a pin. The home crowd went wild. From that point on, Todd wrestled with a confidence level that propelled him into the state tournament, where he lost an 11-7 match to Don Fitzsimmons, of Anoka, Minn., before coming back through the wrestle-backs for a fourth place state tournament finish. After graduating from WSHS, Todd enrolled at Willmar Junior College where he wrestled for two years before transferring to St. Mary's and then moving to the Twin Cities in 1989.

After working as a manager, Todd spent 10 years as region director for Ground Round before serving as vice president of operations at Buffalo Wild Wings for the next 16 years. Todd has since been hired as CEO of a couple major restaurant chains. He feels that the sport of wrestling has provided him with some lessons that he has been able to take with him throughout his working life. He learned that in wrestling and in life you need to face every challenge head-on and never take the easy way out. Believe in yourself. You control your fate. In order to accomplish anything worthwhile, you have to be all in. Remember the importance of team; it takes more than just you doing your own part to get to the finish line in any endeavor.

Todd did not always win, but he faced every challenge with enthusiasm and fearlessness. Todd and his wife, Debi, currently own and operate Beach Music Vacation Rentals in Cape Coral, Fla. Todd and Debi are looking forward to being full-time Floridians and making the trip back to Minnesota to visit family as often as they can.

Erick Habeck, son of Ron and Marlene, was born and raised in Winona along with twin siblings Scott and Stacy. Rick started wrestling in the Park and Recreation wrestling program at a young age, following his older brother Scott. As a seventh grader, he went out for junior high wrestling and finished 16-0. The conversation was initiated suggesting Ricky might be able to move up to the varsity level as an eighth grader. Coach Bob Urness felt he was physically ready to make the move, but had some concerns about sending a quiet, shy eighth grader up to a mix of senior high student athletes. Don Klagge agreed to let Rick move up. Rick remembers Mr. Klagge talking with him on a regular basis to make sure every thing was going well while offering support and encouragement. Rick appreciated the camaraderie and support he received from some of the veteran wrestlers on the team. In addition to brother Scott, Rick tried to emulate his cousin Kurt, who he considered an outstanding role model with an unbelievable work ethic. He also remembers Todd (Gittens) Kronebusch offering to sit next to Ricky on the team bus to make sure nobody gave him any flack.

Rick was a small 98-pounder, but showed remarkable prowess as a wrestler. His balance and scrambling ability were impressive for a wrestler of any age, but unbelievable for an eighth grader. He won the Stewartville Invite over Todd Enger, a talented freshman from Rochester Mayo, who went on to be a state champion. Rick continued to be a durable and dominant wrestler for the Winhawks, improving every year.

Ricky was the first WSHS wrestler to eclipse the 100-win mark, finishing his high school career with 119 wins. Rick came within an eyelash of qualifying for state as a junior and broke through as a senior with an outstanding section tournament and a phenomenal state tournament performance. After getting reversed in the last 20 seconds of the match and losing to eventual champ Gary Kroells of Elk River, Minn., by a 3-2 score, Rick came back through the wrestle-backs to claim third place at state with dominant wins over quality opponents.

After graduating from high school, Rick, along with his buddy Joe Hoialmen, enrolled at Augsburg College and joined wrestling teammates Brad Schafer, Troy Wondrasch, and Kurt Habeck. It was a blast for Rick to be able to wrestle with four of his high school teammates at the college level. Rick had an outstanding college wrestling career as an Auggie, with a fourth-place finish at the NCAA Division Ill Tournament as a junior and was named MVP of the MIAC Conference Championships as a senior. Rick felt blessed to be part of Augsburg's first two NCAA National Wrestling Titles in 1991 and 1993.

Kurt Habeck was born and raised in the country just outside of Winona. Kurt's first exposure to wrestling came in fourth grade when he joined the Park and Recreation wrestling program, following his cousin Scott's footsteps. He began wrestling at the varsity level in ninth grade as a 105-pounder and was baptized by fire with opponents like Krier, Patzner, Mullenberg, and Houg (all state champs).

As a junior, Kurt finished third in the region behind Matt Demaray and John Beatty. As a senior, Kurt fought his way through another loaded weight class to secure the region runner-up spot.

After graduation, Kurt stayed involved with WSHS wrestling. He did the warmup, technique, drilling, live wrestling, and conditioning every single day. Kurt never missed a practice. On days that we didn't run, he and Joe Hoialmen would go up and do sprints in the halls after practice. Kurt was another coach in the room and a major reason Joe Hoialmen was a state champ the following year. I have had the privilege of coaching some extremely hard-working athletes in my time here in Winona, but Kurt Habeck was one of a very few that brought 100 percent on a daily basis. He was the same way in football and track. Jim Flim said, “When Kurt Habeck walks out of this building for the last time, he is going to leave a dent." Kurt enrolled at Augsburg College that next fall and joined teammates Brad Schafer and Troy Wondrasch on the Augsburg wrestling team. Joe Hoialmen and Rick Habeck came to Augsburg the following year. At one point, there were five Winonans in the starting lineup for Augsburg. Kurt left his mark on the Augsburg program in a number of ways. In addition to being a four-year starter, Kurt was a two-time MIAC Conference Champion, an NCAA Division Ill place-winner, and a two-time Academic All-American. Kurt was part of an Augsburg team that finished eighth in the nation his first year and were third and second the next two seasons followed by an NCAA Division Ill national team championship in his senior season. Kurt was proud and honored to be part of that national championship team.

After Kurt graduated from Augsburg, he was hired to teach social studies and coach football and wrestling at Eagan High School. After six years as an assistant to Dalen Wasmund, Kurt was hired at Eastview, a new school in the district, to serve as their first head wrestling coach. For the next 24 years, Kurt taught social studies and coached football and strength training in addition to wrestling, before taking an administration position at Eastview.

In his time as head wrestling coach, the Eastview wrestling program has produced 58 state qualifiers and 22 place-winners, with four finalists and one state champion and a winning percentage of .614. Kurt has also served as a Minnesota Wrestling Coaches Association Section representative and an advisory committee member as well as a Minnesota State High School League administrative representative for wrestling. He also serves as administrative assistant for the Augsburg Wrestling Camp, the largest summer wrestling camp in Minnesota for a number of years running. Kurt and Shelly (a fellow Auggie) have four children: Hannah, Zach, Erinn, and Luke, along with one grandson, Jace.