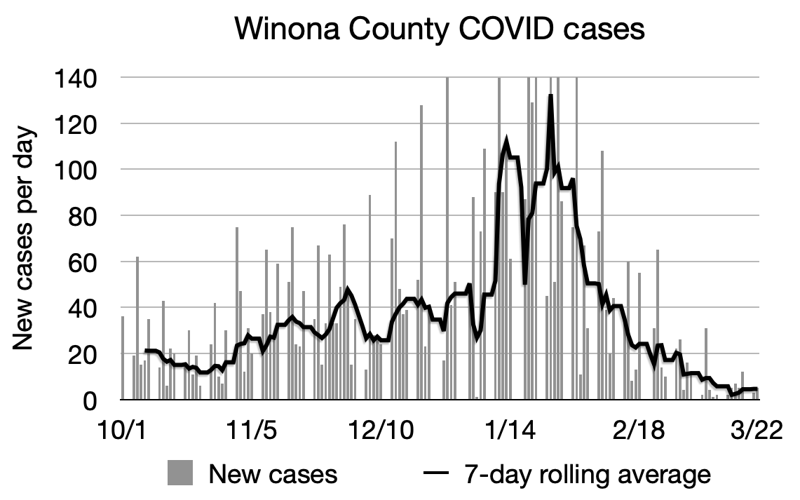 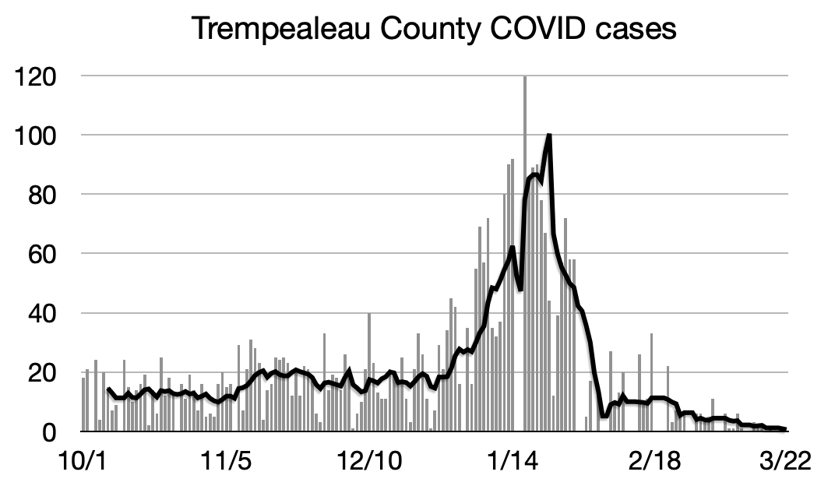 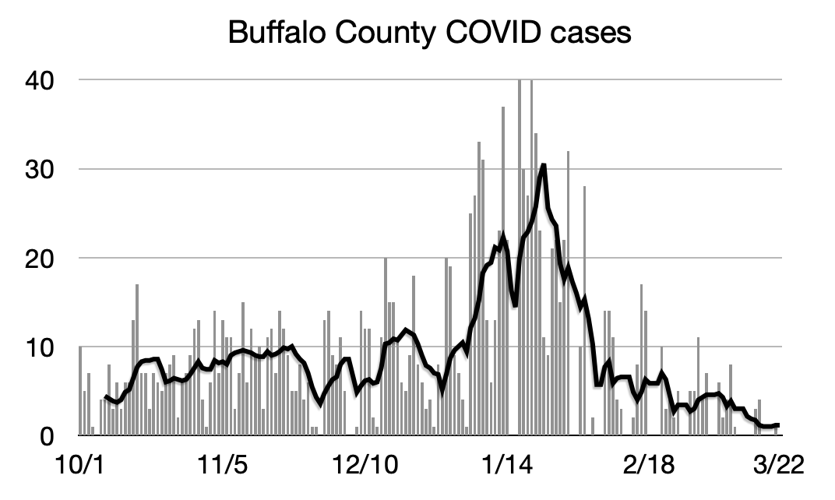 Local COVID infections continued falling in Buffalo and Trempealeau counties this week and were relatively steady in Winona County.

There were 32 new cases in Winona County this week, up from 14 last week, but down from 65 two weeks ago. There were two new hospitalizations this week, including one requiring intensive care, and one new death, according to county officials. The Minnesota Department of Health reported last Wednesday that a Winona County resident in their lower 60s died from COVID.

Trempealeau County saw four new infections this week, down from 13 last week. There were no new hospitalizations last week, according to the county. The Wisconsin Department of Health Services reported on Tuesday that another county resident died from the virus.

Buffalo County had eight new cases this week, compared to 13 last week. There were no new deaths, and no new hospitalizations last week, according to the county.