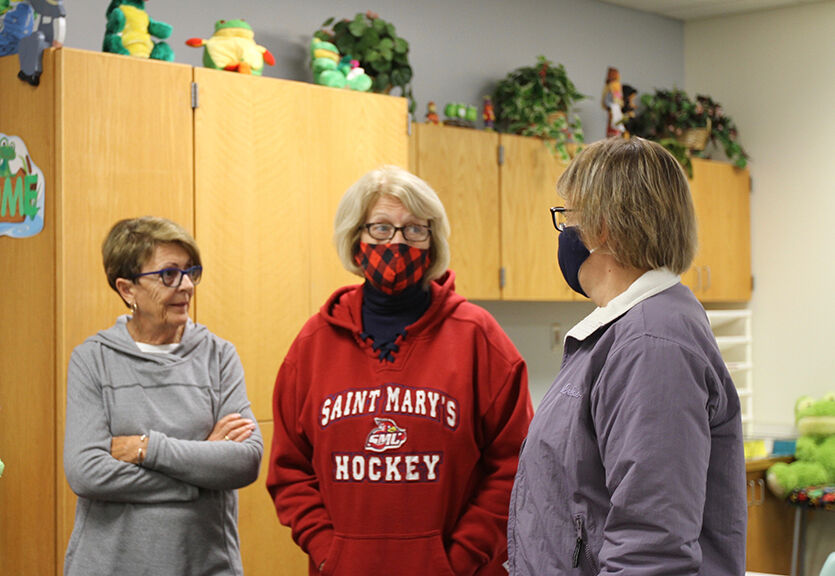 Sheri Schell (left), Char Spencer and Peggy Walters (right) tour a frog-themed classroom at an open house last weekend for Rollingstone Community School, which is set to open in fall 2022. 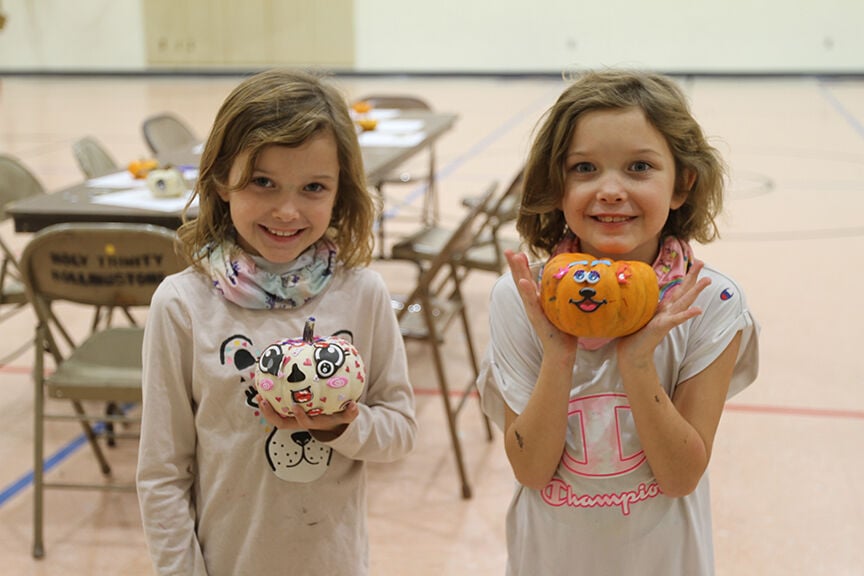 Bella (left) and Lizzy Larkie pose with the mini pumpkins they decorated at the open house. 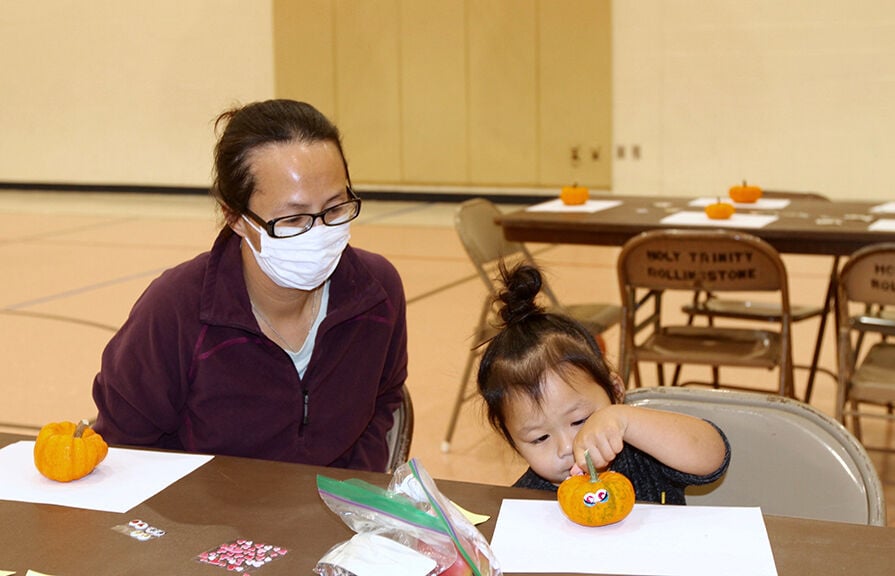 Sheri Schell (left), Char Spencer and Peggy Walters (right) tour a frog-themed classroom at an open house last weekend for Rollingstone Community School, which is set to open in fall 2022.

Bella (left) and Lizzy Larkie pose with the mini pumpkins they decorated at the open house.

From the gym came the giggles and laughs of children playing and decorating mini pumpkins. They were enjoying an open house for the future Rollingstone Community School last weekend. “It makes it real,” school organizer J.R. Larkie said. School organizer Paul Seppa agreed, “It feels real.”

The K-5 STEAM (science, technology, engineering, art and math) charter school is on track for opening next fall, Larkie said.

School leaders spent several years gaining a charter school authorizer and approval from the state to open after Rollingstone Elementary School was closed by Winona Area Public Schools in 2018. The charter school will be at the site of the former elementary.

With under a year to go until opening, this fall was the ideal time to hold an open house, Larkie said. Since the school has been closed for a few years, school organizers wanted to give people the opportunity to become reacquainted with the school, meet School Board members and ask questions. “We really wanted it to be more of a community gathering,” Larkie said.

Former teacher and future School Board member Barb Rahn set up a frog-themed classroom for younger children. Children searched for and counted up frog decorations around the room, then told Rahn how many they found to receive a prize.

In addition to being taken on classroom tours, families could decorate pumpkins in the gym and look through Rollingstone memorabilia.

School organizers and event attendees alike were thrilled to see the building in use again. Larkie was looking forward to seeing former students’ faces light up from being back in the classrooms of their childhood and prospective students’ excitement when seeing what could be their new school.

As a former education professor, Bob Hermann used to have student teachers at the school. “It means a reopening of a whole facility that’s going to do nothing but good for the community of Rollingstone,” he said.

Sheng Yang was also excited about the school opening in her community. She wanted to see if there might be a program for one of her children. Her other children have attended schools in Winona. “We’re excited … It’s closer to home,” she said.

Following the open house, school leaders will continue their work of starting the school. They are feeling positive about the progress that has been made so far toward opening. “It’s honestly amazing,” Larkie said. “It’s a fair amount of work, but we’re feeling very positive support from the community,” Seppa said.

That support includes a recent fundraiser. Larkie and Seppa said they were grateful for over $10,000 raised through a donation drive.

School leaders hope to hire teachers toward the beginning of 2022, Larkie said. They hope to have three or four teachers and about 50 students. They plan to have a lead teacher, as opposed to a principal.

School leaders are also considering the possibility of hosting student teachers in the future, Larkie said.

Additionally, school organizers are ensuring the school has the physical materials it needs, from desks to recorders, Larkie said. The school applies for grants for these items, he said. School organizers hired a start-up coordinator to assist with going through a checklist for opening the school, and they have set up a school board with seven members from the community.

As the organizers keep at their work, they look forward to students learning through the green space around the school and taking pride in the school’s logo, a rocket, Larkie said.

Old Main to host ‘The Chemical History of a Candle’