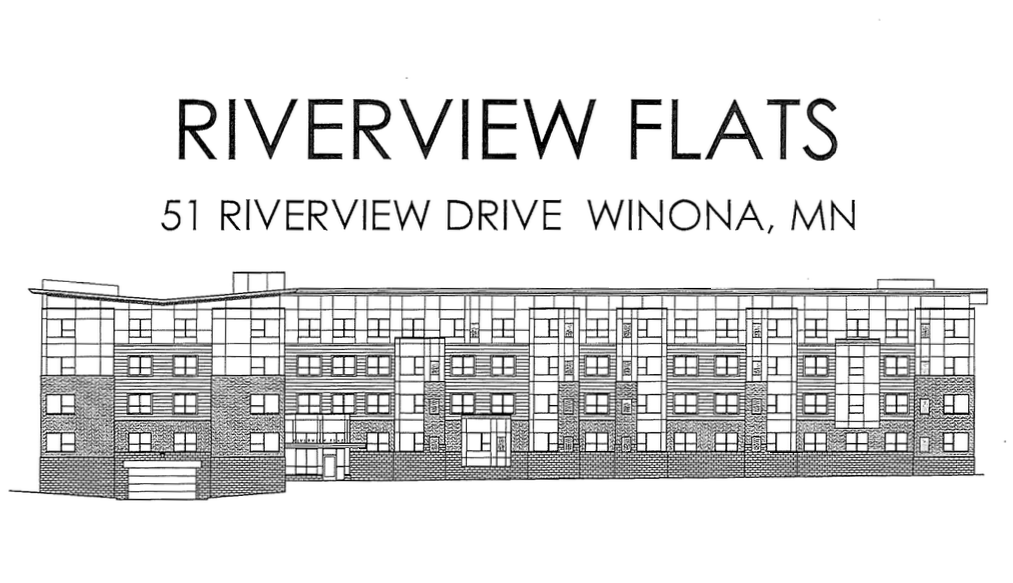 Developers included this side view drawing of the proposed apartments in their permit application. 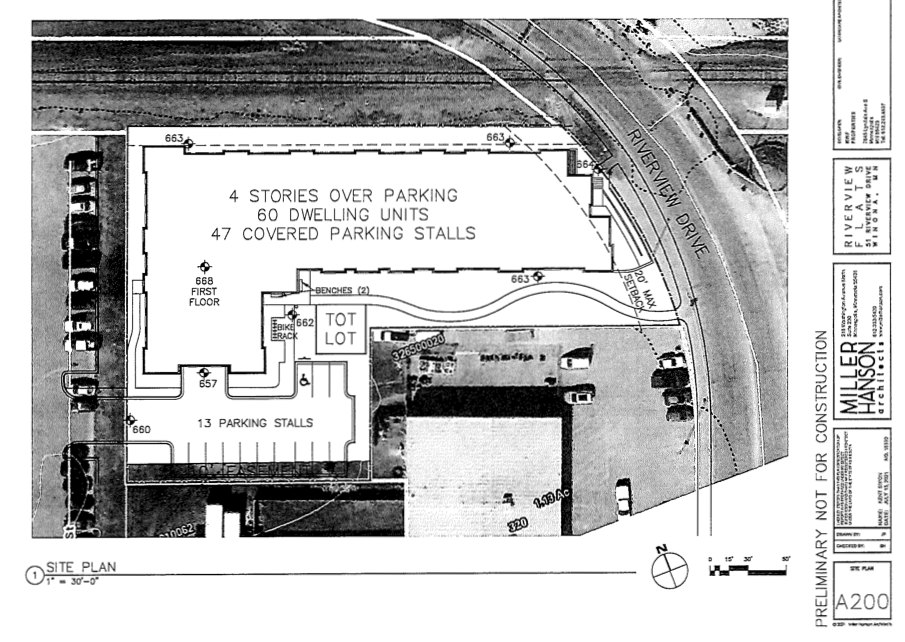 The proposed apartment building would be located near the bend where Huff Street and Riverview Drive meet.

Developers included this side view drawing of the proposed apartments in their permit application.

The proposed apartment building would be located near the bend where Huff Street and Riverview Drive meet.

On September 7, the Winona City Council approved an exception to the city’s height limits for a proposed riverfront apartment complex. The exception — called a variance — will allow the apartment building to be 53 feet tall, as opposed to the normal 40-foot limit for the edge of downtown. Developers plan to rent 60 units at affordable rates for low- and moderate-income Winonans.

The vote highlighted a difference of opinion between the City Council and the Board of Adjustment (BOA). The BOA denied a variance request for the 51 Riverview Drive apartment building last summer, with BOA members saying the developers’ request was too big of a departure from the normal rules. Last fall the council overruled the BOA, granting the variance. “I guess I’d like to see us have housing of greater density downtown because we do need more housing. We need more affordable housing,” City Council member Pam Eyden said at the time.

Variances expire after one year unless construction begins, and last month, the BOA denied a request for an extension. On Tuesday, the City Council overruled the BOA again, granting the extension.

The City Council set the height limits for this part of downtown in 2017, and just a few years later, this request seeks to change those rules for this project, BOA Chair Tim Breza pointed out. Breza raised concerns about parking, the building blocking sight lines for cars coming around the corner of Riverview Drive, as well as fire truck access. The property is zoned “downtown fringe,” and several BOA members argued that rather than seeking a variance, the developers should apply to rezone the property as “downtown core,” where taller buildings are allowed. “They want the same standards as the downtown core area to be applicable outside that area,” Breza said.

“Without this variance our project for affordable housing here probably won’t move forward,” said Ryan Schwickert, a representative for the developer, MWF Properties.

City Council members expressed some concerns about the issues Breza raised. “The sketch that I saw does seem to place the building very close to the road. That is a concern for me,” Eyden said, echoing Breza’s point about the building possibly blocking vision of oncoming traffic. “The height is not so much of an issue for me. I voted for it last year.”

However, City Planner Carlos Espinosa told the City Council that any concerns regarding sight lines, parking, and emergency access would be reviewed by the city during a later stage in the permitting process.

That seemed to allay City Council’s members’ worries. “After hearing that EMS, fire safety will all be addressed by city planning, I am in agreement in overturning [the BOA’s denial],” council member Aaron Repinski said.

When the City Council created the downtown fringe zone, “We arbitrarily drew a line for where downtown ended,” City Council member Michelle Alexander said. Given the taller buildings just a few blocks away, 53 feet makes sense for this location, and a shorter building would have the same line of sight issue, she argued.

“Housing, and especially workforce housing, is critical to the future of our city,” Mayor Scott Sherman said, adding that this project would help fill that need.

The City Council voted unanimously to approve an extension and allow the project to move forward. If the developers win state tax credits for affordable housing that are critical to financing their project, construction could start in 2022.