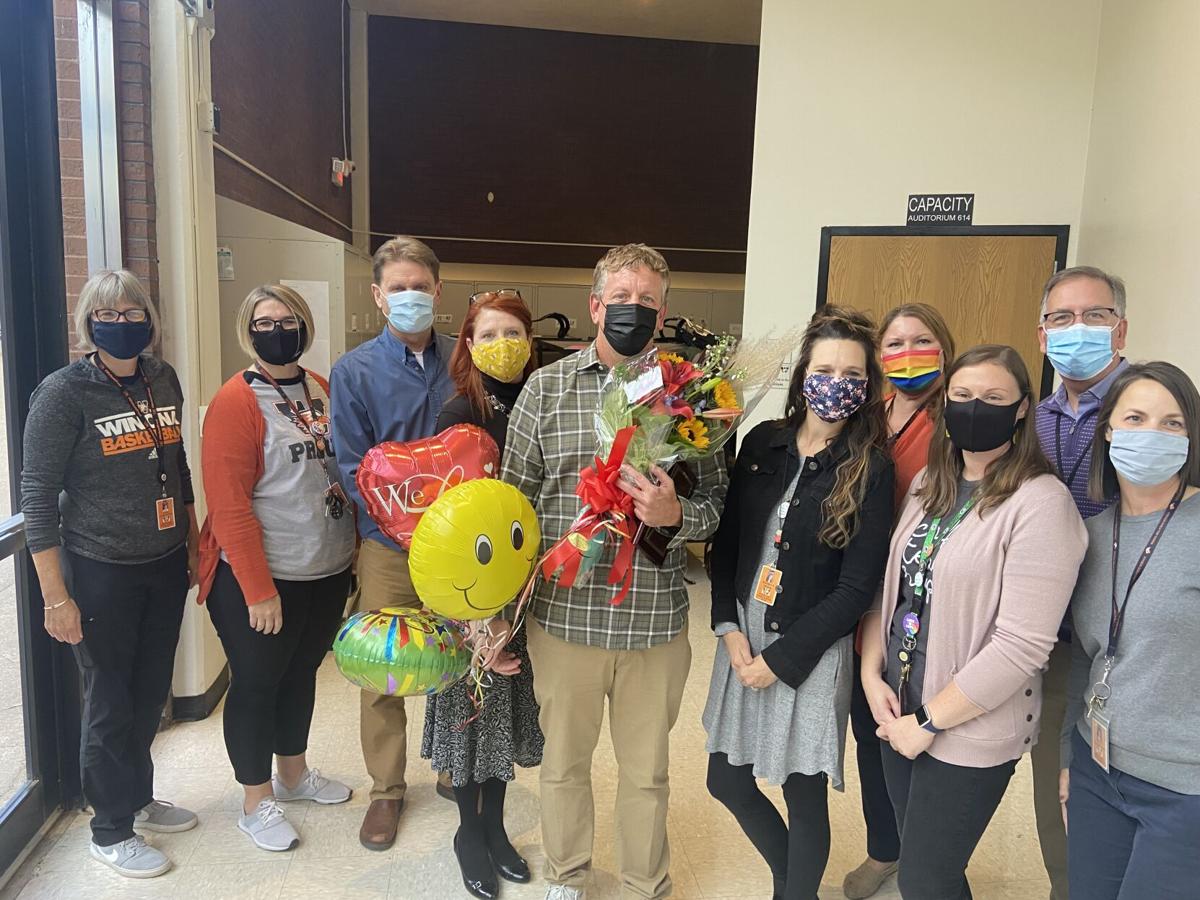 Winona Senior High School band teacher Tim Gleason (center, in green) was honored by the colleagues by being named Winona Education Association Teacher of the Year. 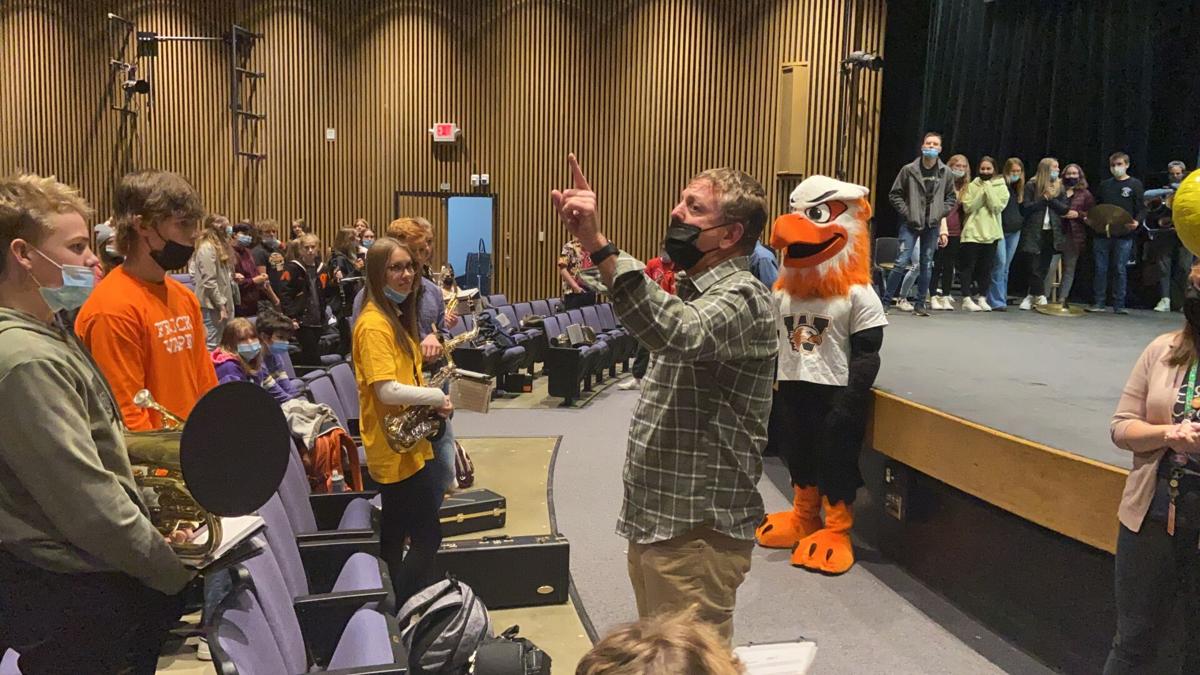 Winona Senior High School band teacher Tim Gleason (center, in green) was honored by the colleagues by being named Winona Education Association Teacher of the Year.

Tim Gleason is able to see it, even if students can’t see it themselves.

Gleason will see your potential to contribute to something greater than yourself, whether that is a band, a team, a class or a school. He will see it, he will inspire you to grow it, to share it, and to believe in it as much as he does.

It’s what he has done throughout his 28-year teaching career — all in Winona Area Public Schools — and it’s because of that vision that Gleason was named the 2021-22 Winona Education Association Teacher of the Year. Gleason was teaching his band students on Thursday when he was surprised by family, friends and colleagues.

“Tim is able to see exactly what each child brings to the community,” said Luke Merchlewitz, a second-grade teacher at Washington-Kosciusko Elementary who nominated Gleason for the award. “His whole teaching approach involves finding and using students’ unique strengths.”

Gleason’s father, Jerry, a Winona High graduate, was a band director for 40 years in Arcadia, Durand and La Crosse, and Tim has followed that path. He has taught thousands of students in Grades 5-12 during his 28 years in Winona. He has also spent 26 years coaching basketball (14 as the head coach) and 23 years coaching track and field (16 years as a head coach).

Merchlewitz said that Gleason is “one of those teachers you come across once in a great while.” Not only is Merchlewitz a colleague, but he also got to know Gleason as a parent.

“He is popular with students, families and colleagues,” Merchlewitz said. “Students love him because he is kind, loving, fun and cares about them. Tim gets to know every student in his class as a whole person.”

Gleason’s effervescence is palpable at many Winhawk events. At football games, where he and Myron Haug direct the marching band, he keeps the stands lively, energetic and positive, while at the same time making sure the band plays the fight song of the opposing team when they score a touchdown. He’s served as the master of ceremonies for countless pep rallies and brings out his tuba to celebrate staff birthdays. He’s rolled up his sleeves to serve on the Site Team at the high school, the scheduling committee, the District Athletic Council, and as the co-head of the music department.

Gleason will be celebrated during the WEA Education Reception on Thursday, Nov. 18 at the American Legion, 302 E. Sarnia St. The reception, which is free and open to the public, begins at 4 p.m. The program, which will also feature special guest Natalia Benjamin, the reigning Minnesota Teacher of the Year, begins at 4:30 p.m. Instead of taking a victory lap and absorbing the spotlight on this night, Gleason will use it to lift up his colleagues, his students, his family and friends, and his school.

That’s just who he is.

“Winona Area Public Schools are here to serve you,” Gleason said. “We are not perfect. We will continue to improve. We can emerge from the isolation of the past to a future built on trust, love and service to others.

“I believe our best days are still ahead of us.”