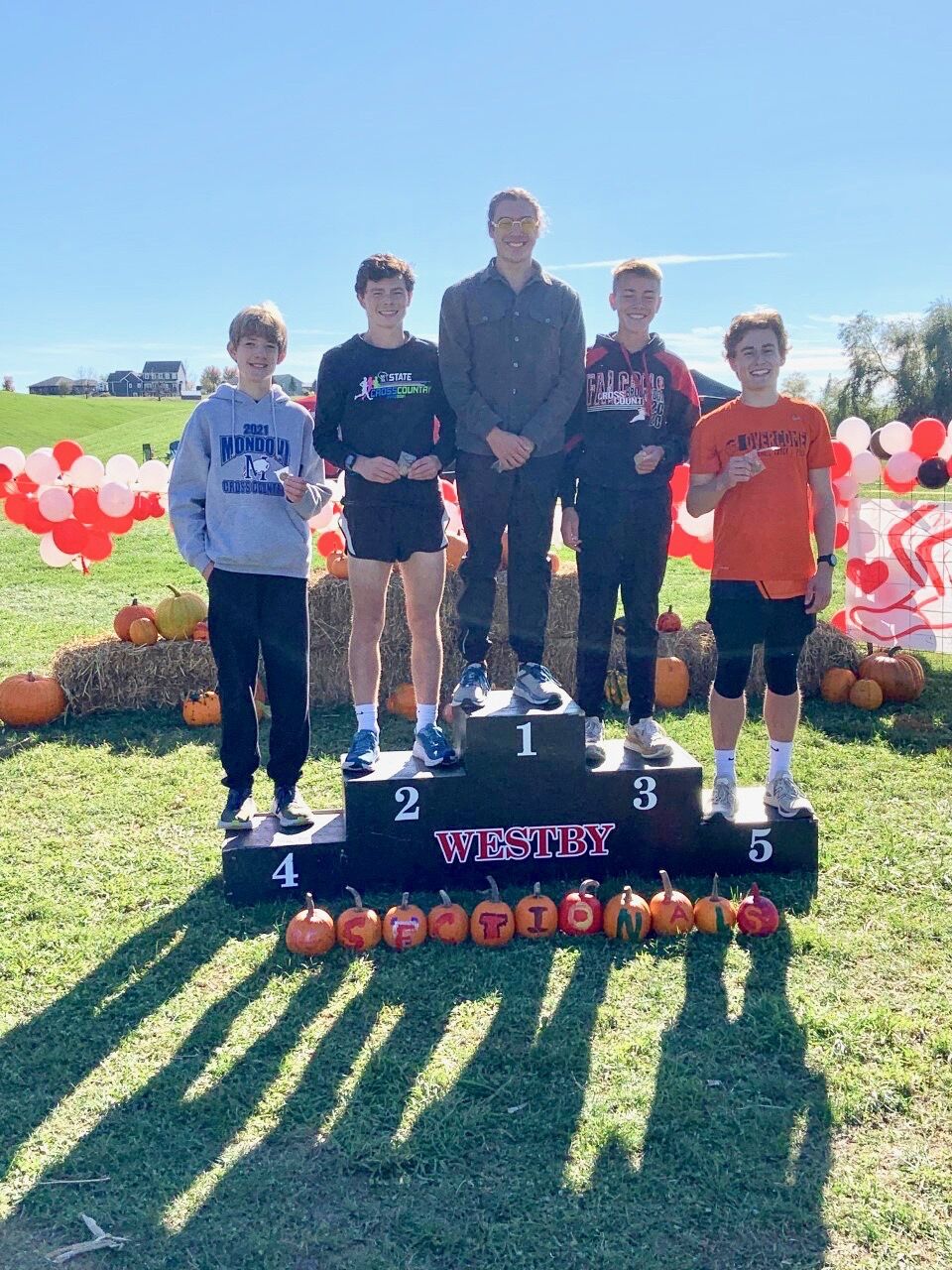 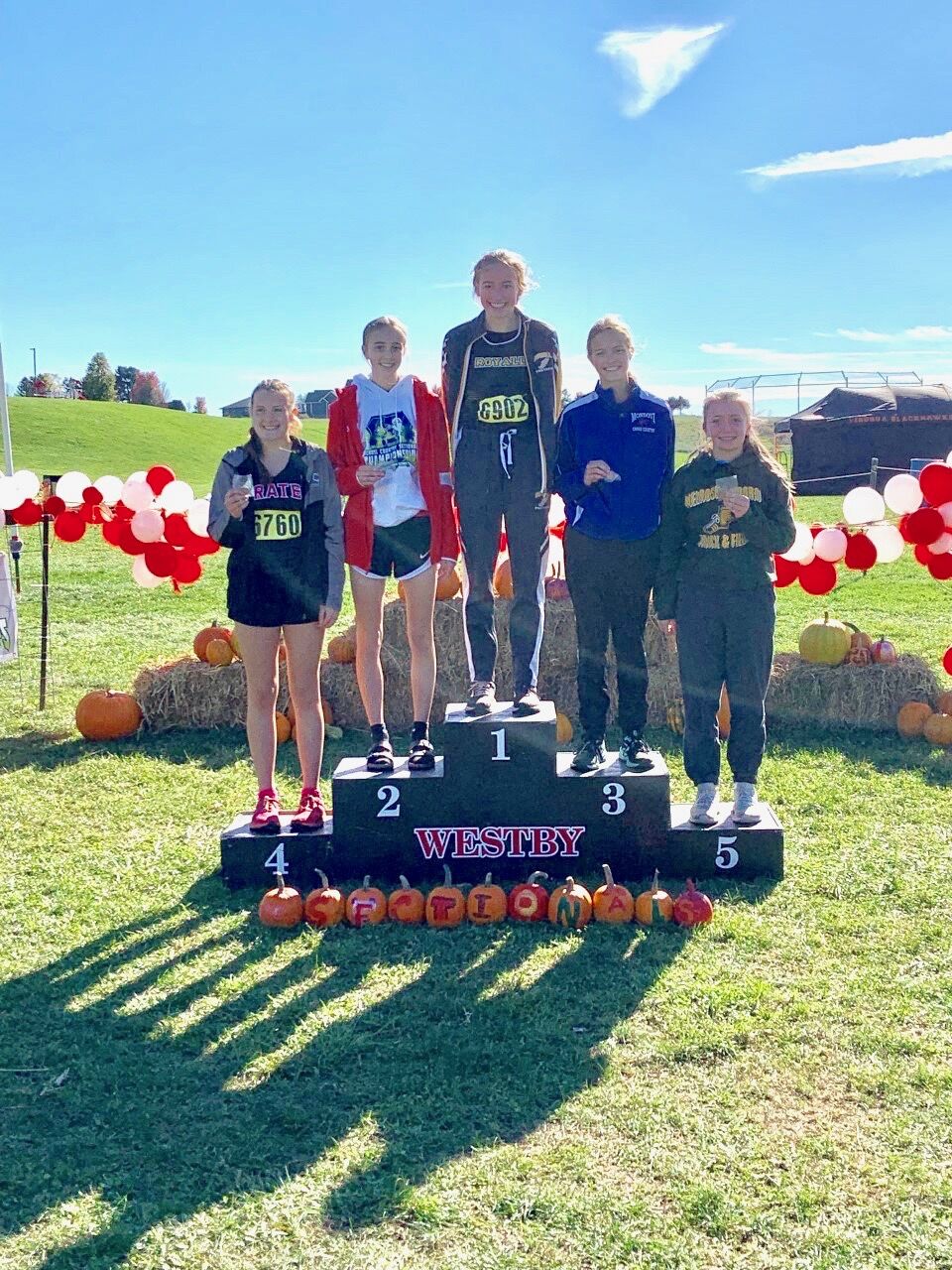 It ended where it all began back in August: at Westby High School. What seemed like only a few days ago the Cochrane-Fountain City (C-FC) High School cross country season kicked off with an invitational at Westby’s challenging course, complete with sharp turns and sudden elevation changes. It’s a spectator’s delight, too, as runners can be seen multiple times as they snake their way around the course. This makes it feel like the fans are lined up and cheering for the entire 5,000 meters.

Last weekend, everyone was in top form and looking to qualify for next Saturday’s state meet. The gun sounded for the boy’s race shortly after high noon on a clear and calm day with the temperatures in the mid 50s. It doesn’t get much more perfect than that, and defending state champion Parker Schneider, of Durand, Wis., pranced around the course in a new meet record time of 15:30 minutes. C-FC’s Wesley Pronschinske was the next best finisher stopping the clock in 16:15 minutes. Rounding out the remaining qualifying slots to advance as an individual were Dylan Powell (Brookwood, Wis. – 16:55), Landon Clark (Mondovi – 17:00) and Kevin Carroll (Whitehall – 17:05). For the Pirates, senior and second runner Karter Domine (22nd – 18:30) was followed closely by Hale Madsen (23rd – 18:31). Fourth finisher for the Pirates was freshman Porter Ehrat (49th – 19:55), and rounding out their scoring was Dirk Wilson (59th – 20:21). Senior Jacob Guenther ended his career with a 79th place finish (22:41). The boys team continued to get better all season and finished sixth overall (155 points) out of 13 full teams. First overall for the boys was Aquinas High School scoring a meet low 68 points. Also qualifying as a team was Kickapoo-La Farge (88 points).

It was now time for the girls race, and there was excitement in the air as the Lady Pirates had an outside chance of advancing as a team. Lots had to go right for each of our runners, and Coach Brone instructed his six girls to get out fast and try to hold the pace. It’s a difficult course to pass on if you get stuck behind too many runners. At the half mile mark everyone was in good position with the majority near the front of the race. As things unfolded, the two teams our Pirates needed to have an uncharacteristically poor day was Kickapoo-La Farge or Durand. With a mile to go it was obvious this wasn’t going to happen as their fifth runners were ahead of our third runner. In the end it was Kickapoo-La Farge taking the Division 3 Sectional team title with a score of 69 points. Durand wasn’t too far behind (77 points) and the Pirates ended up a fine third overall (127 points). Individually Marah Gruen (Royall) took first in 19:41 minutes. She was followed by Anna Fronk (Bangor, Wis. – 19:47), Courtney Stadter (Mondovi – 19:48), Reese Ehrat (C-FC – 19:52) and Claire Becker (Melrose-Mindoro – 19:54). All five runners qualified as individuals for the state meet. The scoring order for the Pirates after Reese had Breilynn Halverson come in sixth (20:14) followed by Emma Mann 36th (23:05), Ana Knecht 40th (23:11), Haili Brone 42nd (23:14) and Kaili Hager 83rd (27:28).

MCA and Saint Mary’s to present ‘Dances from the Nutcracker’