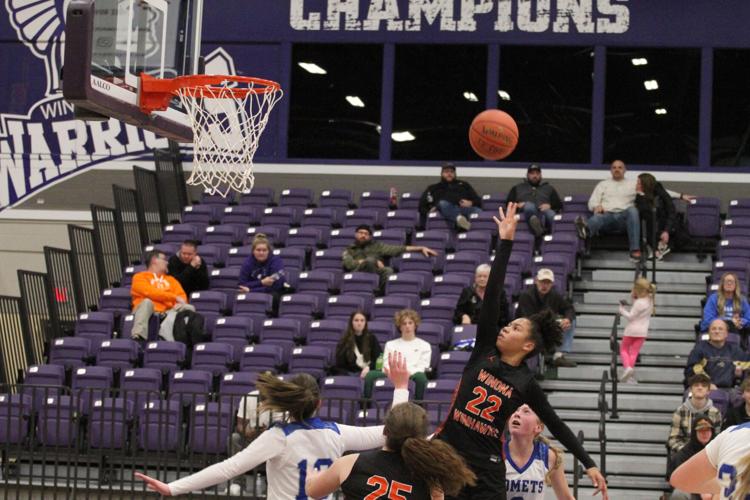 Alivia Bell scores for the Winhawks. The eighth grader had 18 points on the night. 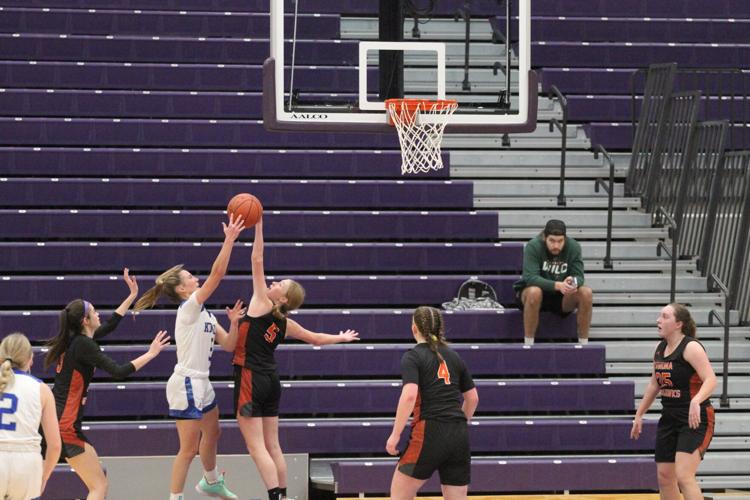 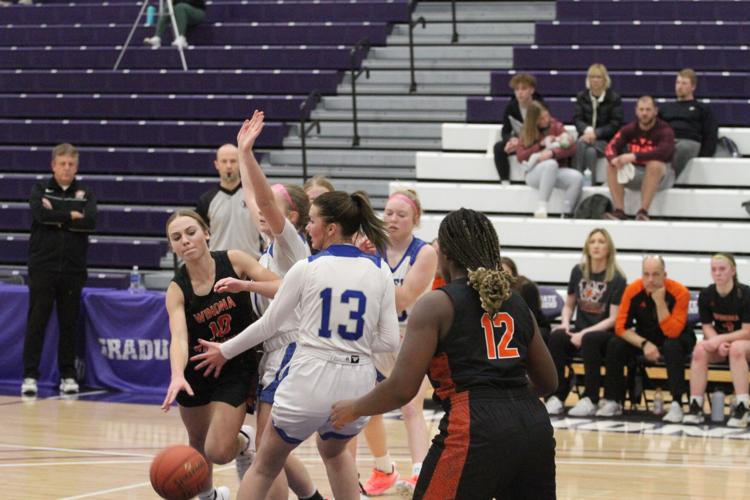 Alivia Bell scores for the Winhawks. The eighth grader had 18 points on the night.

The Winona Senior High School girls’ basketball team showed its grit in a closely matched, back-and-forth contest against the Kasson-Mantorville Komets. The two teams faced off on Thursday in the Lewiston Auto Holiday Classic at Winona State University, and the Winhawks overcame a stretch of cold shooting to regain the lead and win, 70-64.

Winona looked dominant out of the gates, with two unanswered threes giving the Winhawks a 6-0 lead to start the game. The Winona girls carried that advantage through most of the first half, but with five minutes before halftime, the Komets hit their stride, and the Winhawks seemed to lose their own footing, missing layups, missing field goals, and giving up offensive rebounds. The Komets went on a 14-4 tear, including a big three by senior Ella Babcock to give Kasson-Mantorville its first lead of the game. After a missed layup for Winona and a successful one for the Komets, the score stood at 29-26 at halftime.

The Winhawks’ cold streak continued early in the second half, and the Komets extended their lead to seven points. Winona junior Marin Keller said her teammates didn’t get down on themselves. “We just felt like we needed to pick up our intensity,” she said.

Then the Winona girls started to look like themselves again. Junior Mackenzi Simmons led the way. On three consecutive possessions, Simmons nailed a three-pointer, scored a layup, drew a foul, and sank both free throws to bring the Winhawks within two. Alivia Bell — one of the Winhawks’ leading scorers as an eighth grader — hit two free throws, Keller knocked back a three-pointer, and suddenly the momentum was building for Winona. Then Faith Quinn stuffed Komets star Keigan Cummings and sprang a counterattack that set up Keller. The junior hit another three and regained the lead for Winona, 49-48.

From there, the Winhawks were firing on all cylinders. Simmons made a three-pointer, Quinn stole the ball and scored on a fast break, and Bell drove to the net for a layup. But the Komets were equal to the challenge and tied the game, 59-59, with less than three minutes left.

Then Keller set up for another three-point attempt, and the home crowd cheered as it swished through the net, giving Winona the lead. The Komets gave it their all, but Keller connected on yet another three-pointer to pad Winona’s advantage, and Bell was perfect on four free throws in the final minute to put the game out of reach.

“It felt really good,” Keller said of sinking the insurance three-pointer and lifting her team. In a timeout moments before, Winona Head Coach Tim Gleason had told her, “Let’s finish this thing.” Keller added, “Typically I don’t take shots like that, and he was yelling at me to take those.”

Asked about Keller’s clutch three-pointer, Gleason said, “She’s an athletic kid. She’s been around athletics her entire life. She’s the number one golfer on our golf team. She’s used to situations where you’ve got to stand over a six-foot putt for a birdie or whatever, and she’s just got a little ice in her veins.”

“I’ve got total respect for what Coach Haraldson does over there at Kasson … I know what a quality opponent they are, how every night they play at a high level,” Gleason continued. “So for us to play that kind of a second half, I’m very proud of our girls. They showed some tenacity in the second half. I thought we got off the mat a couple of times when they got us in a position where we just didn’t quit.”

He added, “We’ve had some second halves this year where things just haven’t gone our way. We couldn’t make shots. We have some defensive breakdowns. So it was kind of nice to see that three that Marin hit. … That was a great three she hit from the corner there to put us up by five and kind of give us more breathing room. So we’re going to be in those situations, and it’s good to come out on the right side of one.”

Cummings led the Komets with 16 points, followed by Mackenzie Carrier and Ella Stoskopf with 13 each. Keller scored 25 points for the Winhawks, and Simmons and Bell had 18 apiece.

Gleason praised Winona State and the many volunteers who helped make the Holiday Classic possible. “The time that they spend to help put quality basketball on in our town, we’re really grateful for,” he said.